Start a Wiki
Cinnabar Ore is an ore added by ThaumCraft.

Cinnabar Ore can be found at any level in the Overworld. It would require an iron pickaxe(or higher) to mine. It would also produce native cinnabar clusters if mined with the Pickaxe of the Core. 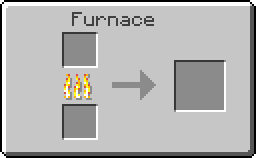 (The correct amount is 2. The above was displayed incorrectly due to image problems.)

Retrieved from "https://thaumcraft-4.fandom.com/wiki/Cinnabar_Ore?oldid=24651"
Community content is available under CC-BY-SA unless otherwise noted.